Jamie is a senior physiotherapist, who studied a Bachelor of Applied Science (Human Movement) at the University of South Australia, due to having a keen interest in sport science. He then went on to complete his Master of Physiotherapy (GE), and recently completed a post-graduate Master of Sports Physiotherapy, which has allowed him to become a Titled APA Sports and Exercise Physiotherapist.

During his post-graduate study he spent time with the Port Adelaide Football Club (AFL) and in the USA with the Milwaukee Bucks (NBA). Jamie has previously provided physiotherapy services for the Port Adelaide Football Club (SANFL), the Central Districts Football Club, Basketball SA state teams, Triathlon SA junior state teams, as well as performing a locum role at the Australian Institute of Sport (AIS) working with Basketball Australia’s Centre of Excellence program and the NBA Global Academy program. He is currently the physiotherapist for the Emerging Boomers (Australian U25's Men's Basketball team) and is Head of Medical Services for Basketball South Australia.

Jamie’s is also a keen golfer, sports fanatic and enjoys traveling with his family. 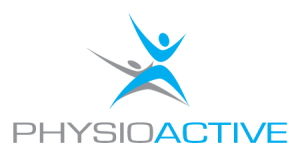